Many tools exist for academic writing including the notorious W.O.R.D.; but many more are out there. Let’s have a look at those tools, and discuss what’s important (what we expect the tool to deliver, eg., beautiful typesetting).

Let’s assume we have some weights that we assign to the critera:

So we are able to devise a score or a ranking. 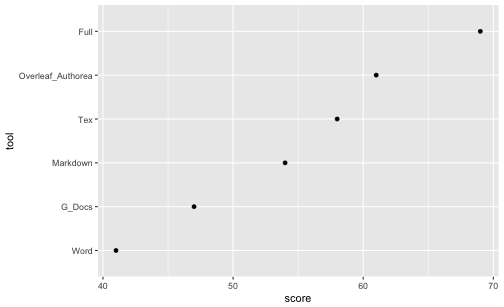 And the winner is…

There are numerous tutorial on “the full approach” out there, .eg.