The logistic regression is an incredible useful tool, partly because binary outcomes are so frequent in live (“she loves me - she doesn’t love me”). In parts because we can make use of well-known “normal” regression instruments.

But the formula of logistic regression appears opaque to many (beginners or those with not so much math background).

Let’s try to shed some light on the formula by discussing some accessible explanation on how to derive the formula.

Let’s have a look at the curve of the logistic regression.

For example, let’s look at the question of whether having extramarital affairs is a function of marital satisfaction. 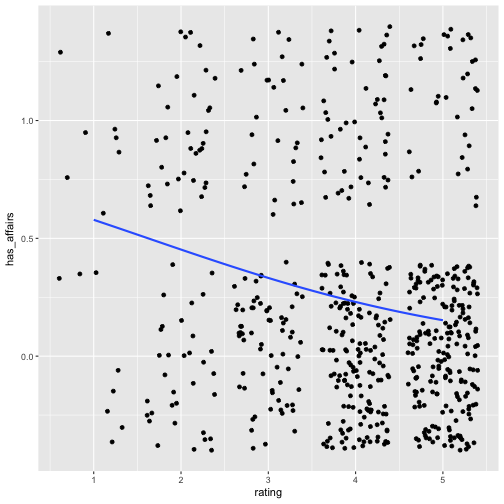 Hm, the curve does not pop out to vividly. Let’s have a look at some other data, why not the Titanic disaster data. Can the survival chance plausible put as a function of the cabin fare? 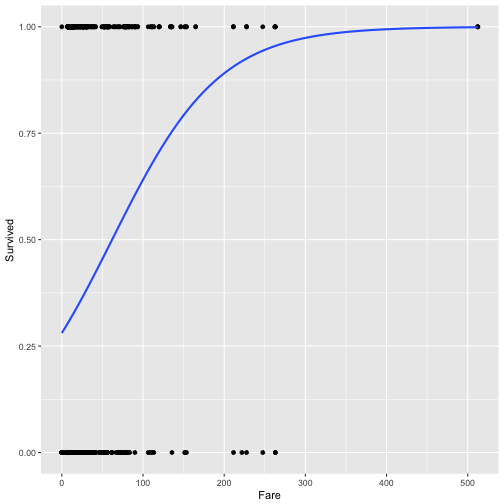 Hm, maybe better to look at the curve in general. 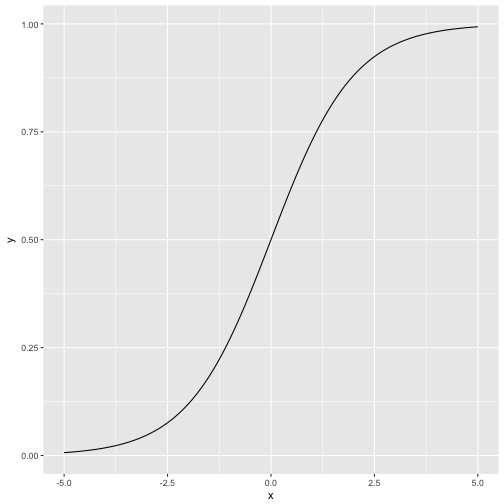 Now what? Well, we would to end up with the “typical” formula of the logistic regression, something like:

Now, we can simplify the denominator a bit:

But the denominator simplifies to $1$, as can be seen here

so the final solution is

Ok, great, but what does this solution tells us? It tells us the that the odds simplify to \(e^t\).

Now, let’s take the (natural) logarithm of this expression.

by the rules of exponents algebra.

The left part of the previous equation is called the logit which is “odds plus logarithm” of \(f(t)\), or rather, more precisely, the logarithm of the odss of \(p/(1-p)\).

The linearity of the logit helps us to apply our standard regression vocabulary: “If X is increased by 1 unit, the logit of Y changes by b1”. Just insert “the logit”; the rest of the sentence is the normal regression parlance.

Note that the slope of the curve is not linear, hence b1 is not equal for all values of X.