A quite common task in data analysis is to change a dataset from wide to long format.

For example, this is a dataset in wide format:

Is is called wide, as, well, it is wide – several columns side by side.

For example, assume, we have measured a number of predictors (here: predictor_1, predictor_2, predictor_3), and an outcome measure (here: outcome). In this case, each variable is dichotomous (either yes or no).

For plotting, eg. using ggplot2, we have to convert this format to long format. Long datasets look like this: 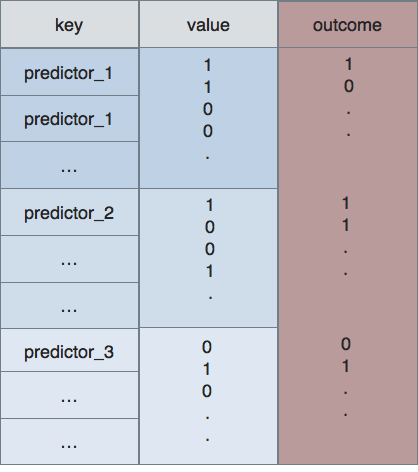 So, non really surprising, the dataset is now longer than in wide format. Hence the name…

We easily see that the variable outcome was not paired. Before and after the convertion, it happily resides in its own, whole column. We often want a non-paired column, as we need it for eg., facetting. 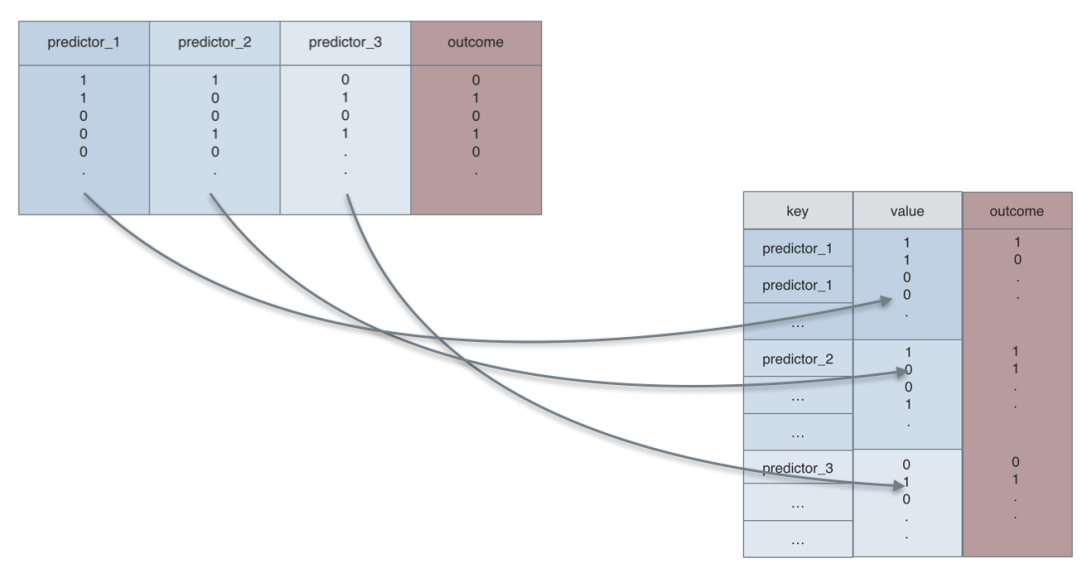 Second, let’s look at the transformation of the keys (column headers), and the outcome variable, which will not be paires (remains in its own, complete, tidy column): 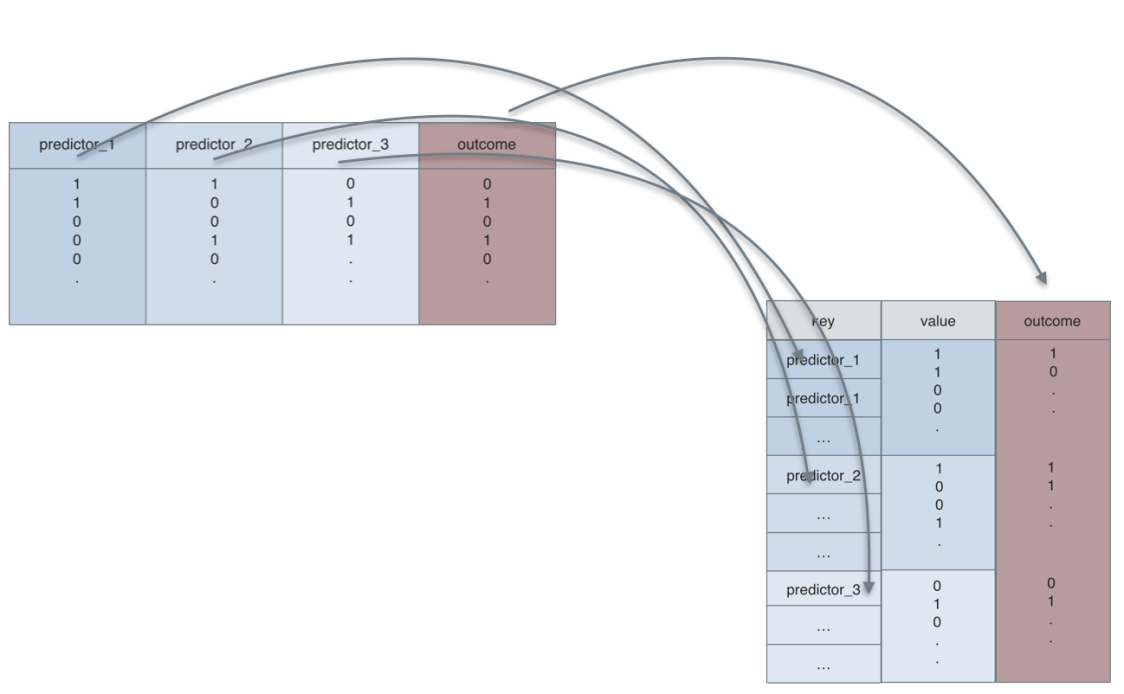 So let’s see the tidyr and dplyr code: 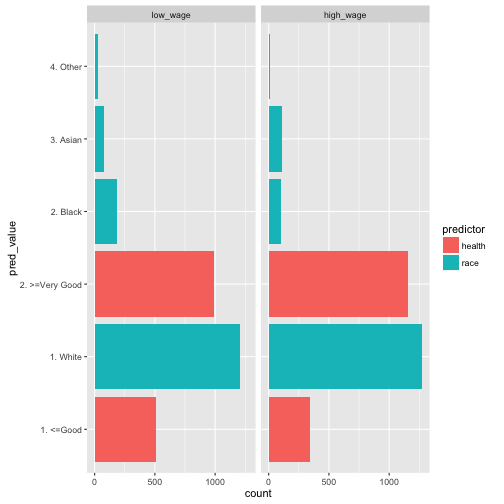 The plot itself is not particular useful as it is, but at times you will want such a type of plot. And many R functions built on the long format.