Pearson’s correlation is a well-known and widely used instrument to gauge the degree of linear association of two variables (see this post for an intuition on correlation).

There a many formulas for correlation, but a short and easy one is this one:

In words, can be seen as the average product of z-scores.

In “raw values”, r is given by

Here, refers to the difference of a value to its mean.

At times it is helpful to write r so that the similarity to the covariance gets clear:

That is, why does the following inequality hold: ?

This is the question we are addressing in this post. I haven’t found much on that on the net, so that’s why I sum up some thoughts in this post.

One explanation, quite straight forward, is based on the Cauchy-Schwarz Inequality. This inequality can be stated as follows:

where denotes the dot product of a vector, eg. x.

This formula can be rewritten as

But this formula looks very similar to the correlation, if we first take the square root of both sides:

and then cancel out the (1/n) part from the raw values equation of r above:

Now rewrite r in this way:

The raw formula of r matches now the Cauchy-Schwarz inequality! Thus, the nominator of r raw formula can never be greater than the denominator. In other words, the whole ratio can never exceed an absolute value of 1.

Looking at the regression line

A second line of reasoning why r cannot the greater than 1 (less than -1) is the following.

Suppose X and Y are perfectly correlated, for example like this: 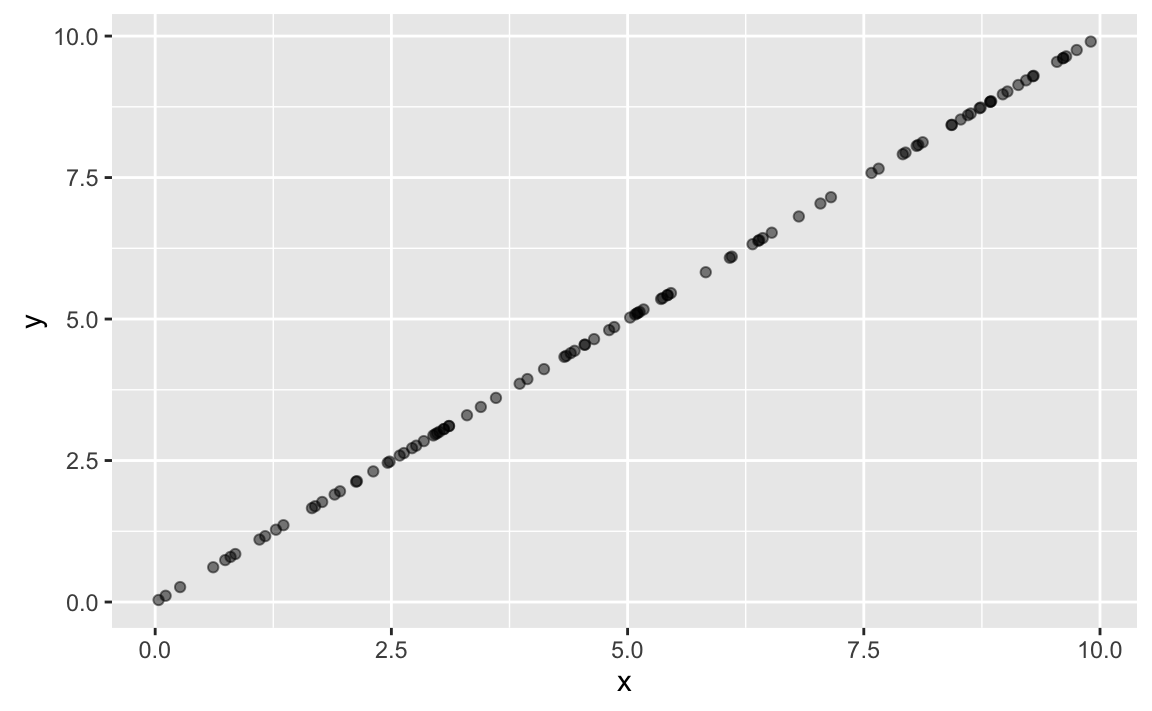 Now, what happens if we z-scale X and Y? Not much: 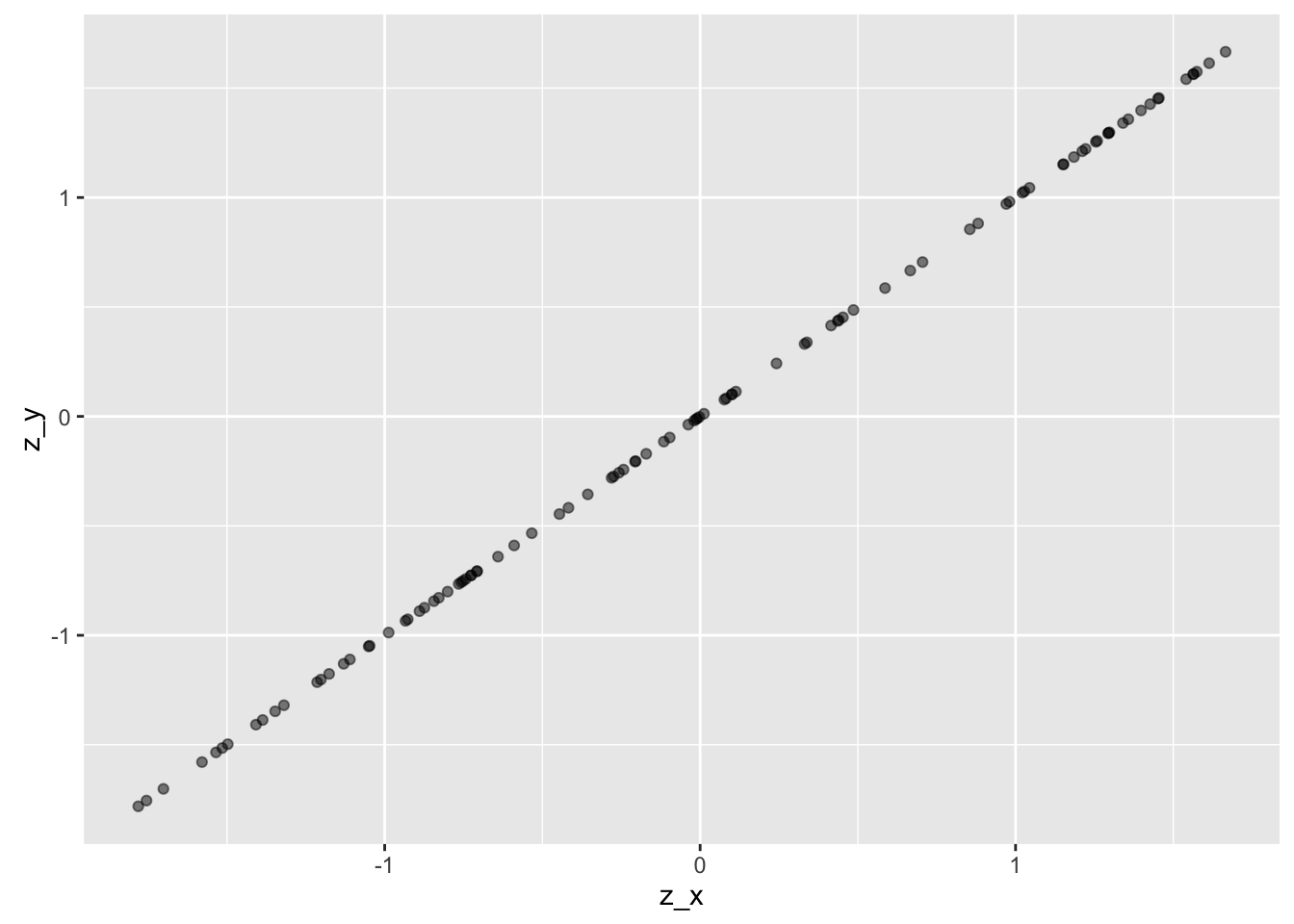 The difference is that mean X and meany Y is both zero, and SD for both X and Y is 1, so the scaling has changed (the line has a gradient of 1 now).

Note that perfect correlation of z-scaled variables means that for each there is an of same value.

But if for all X and Y it means that the means and variances of X and Y are the same, too. It actually means that X equals Y.

If we look at the formula of the correlation for perfectly correlated z-scaled variables X and Y we find:

In words, when two variables are perfectly correlated (ie., their graph is a line), then r=1.